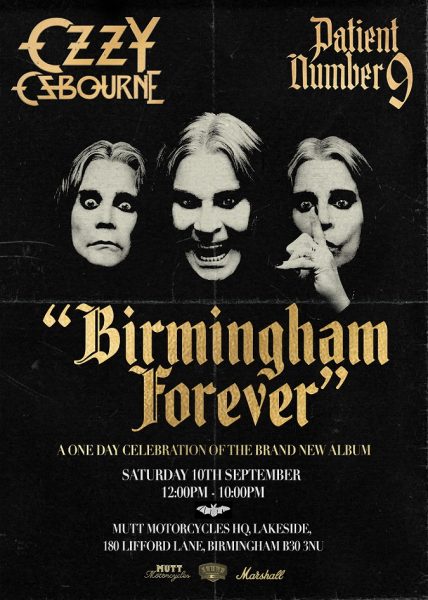 This special one-day celebration promises to be absolute heaven (or hell) for any Ozzy Osbourne fan – entry is free & open to the general public.

Although the man himself won’t be in attendance, a 25ft inflatable Ozzy will be there to take his place on the day (as recently spotted in Los Angeles); 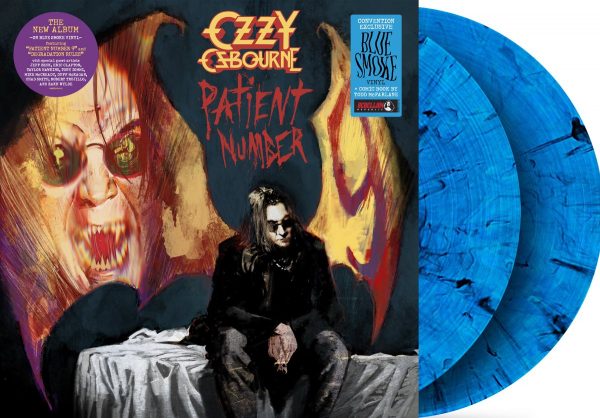 Fans should also expect loud music, street food and competitions on the day.

“Patient Number 9” was written by OZZY, Watt, Robert Trujillo, Chad Smith and Ali Tamposi and features a riveting solo from legendary guitarist Jeff Beck (one of the notable guest stars on the album, additional details below).  The video marks the first collaboration from the project with Emmy-and Grammy-winning director/producer Todd McFarlane.  It is highlighted by McFarlane’s signature illustrations interspersed with live OZZY vignettes in the role of “Patient Number 9,” which the revolutionary creative force in the world of comics and toys also filmed.  In addition, this is the first-ever video to incorporate OZZY’s artwork:  his hand-drawn demons were animated and can be seen during the Jeff Beck solo in the song.

An exclusive version of PATIENT NUMBER 9 with a limited-edition special McFarlane-designed comic book will be available for preorder; a limited-edition comic with foil cover is also available with a special deluxe box (both can be pre-ordered here).