Booked to support Status Quo on their arena tour throughout December, 10cc called in at The Robin 2 for a warm up show ahead of an imminent appearance at the Gibraltar Music Festival. Graham Gouldman remains the sole remaining founder member of the original 10cc but the current line-up does include guitarist Rick Fenn and drummer Paul Burgess, who have both been part of the touring incarnation since the 70’s, together with Mike Stevens (keyboards) and multi-instrumentalist and vocalist Mick Wilson. And whilst Lol Creme, Kevin Godley and Eric Stewart may be long since departed each of the three is often mentioned in anecdotes from the stage. 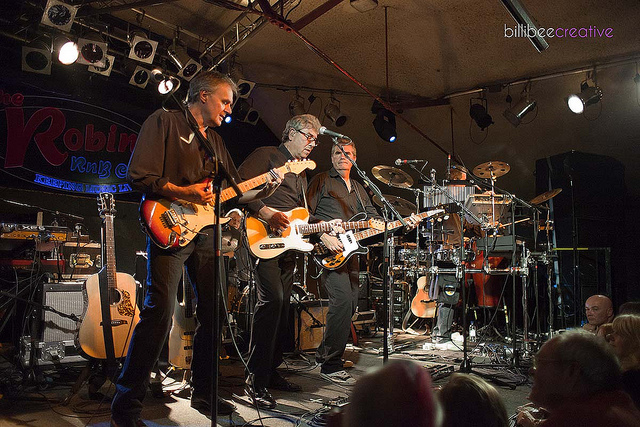 Too experimental and sophisticated to be considered pop and with far too many hit singles to be deemed prog, 10cc found themselves tagged as “art rockers” during their chart topping heyday. Whatever the label they provided some of the soundtrack moments of the 70’s, all of which are dusted off on what was a night of unashamed nostalgia; nothing from the set dating after 1978’s ‘Bloody Tourists’. Musically and vocally they still hit the heights with luscious four part harmony vocals, exquisite guitar solos and smooth changes of tempo being par for the course. In Wilson, Gouldman has found a vocalist that can reproduce the falsetto of both Stewart and Creme, ensuring faithful renditions of ‘The Things We Do for Love’, ‘Art for Art’s Sake’ and ‘I’m Not in Love’, a song still guaranteed to melt the coldest of hearts. Mini suites ‘I’m Mandy Fly Me’ and ‘Feel the Benefit’ are performed with a tight knit precision and the knockabout reggae of ‘Dreadlock Holiday’ included the almost certainly never before heard line ”I don’t like Bilston – I love it!” 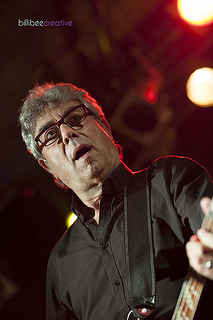 The encore saw 50’s doo wop pastiche ‘Donna’ delivered barber shop quartet style with stunning clarity before they departed in a flurry of ‘Rubber Bullets’. A band that still commands much love and respect for their legacy, the wit and wisdom of 10cc remains in safe hands.